Where Do Everyone Trade Bitcoin (BTC)?

The year is 2030. The scarcity of Bitcoin has made it 100 times rarer than gold, and 1000 times more valuable! Economic borders have disappeared. Bitcoin has successfully sparked a major economic revolution…

The world’s unbanked population in the billions can now trade freely without any economic constraints.

Since turning 10, Bitcoin crashed at least 5 major times. 3 times out of 5, it plummeted more than 80% of its value leaving every new crypto investor well in the red. 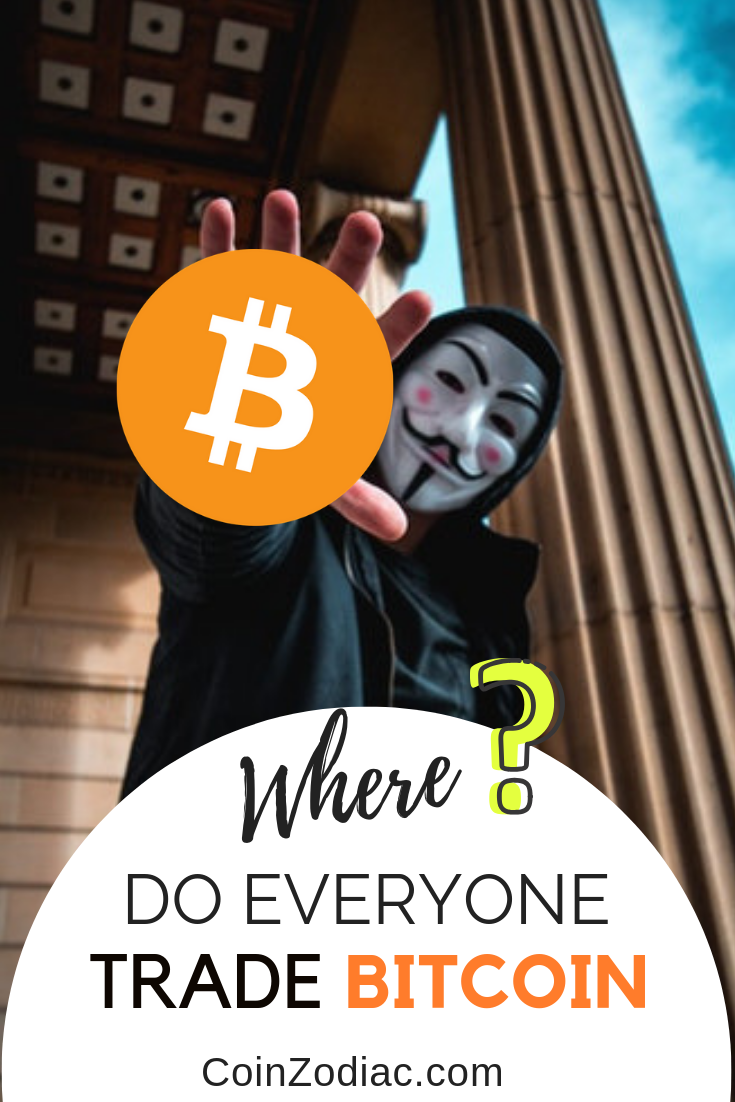 According to Credit Karma, Americans alone lost $1.7 billion and $5 billion in unrealized losses from that crash.

So is trading Bitcoin really for everyone? No.

For a trader to outperform a highly unregulated market like crypto, is near to impossible.

For you to outperform, many others must underperform.

And that is the simple Mathematical Law.

People don’t play fair when there are no rules.

This crypto playground is full of bullies who will use strong-arm tactics to kick your ass. In other words, they will profit at the expense of you and the mass majority. Read: 5 Reasons why You’re Burning Money Trading Cryptocurrencies

Don’t trade, it’s a trap! Just hold on to Bitcoin for the long term. I would love to send you a copy of my book to explain the economics behind it!

In the simplest of terms, the game is rigged.

The more you think you can try to time the market, the more you open yourself up to getting rekt’d!

The simple answer to this is to stop actively trading.

Nobody has psychic powers.

But still, people look to ‘pundits‘ on twitter, TV and social media as their go-to guide to buying and selling Bitcoin.

It turns out that these pundits’ predictions are only right about 47% of the time. And they rake in millions from the eyeballs they get, newsletters, financial products and services they sell.

Have you ever heard of anyone getting rich taking advice from talking heads?

Don’t expect the mainstream media to show you how to make a fortune. They’re always late to the party.

How to Turn Expected Disadvantage into Power

Praet: As a central bank, we can create money to buy assets #AskECB https://t.co/zTQuU4y1ch

₿itcoin is both the anchor and ignition for sound money.

And the only way to turn Bitcoin into an anchor is to first stop treating it like a get rich scheme.

When gold is measured against your government currency; it doesn’t represent a rise in the market value of gold, but rather a drop in the value of it.

Like gold, Bitcoin whose supply cannot be expanded easily, will likely be more stable in value than your government fiat money because its supply is largely inelastic.

Similarly, 1 bitcoin (btc) = 1 btc 10 years ago, today and for the foreseeable future.

The only way to be ahead on what others are still confused about, is to understand this simple fact that free-floating national currencies will increase by several orders of magnitude over time.

When you’re able to understand this ahead of time, you turn the expected disadvantage into power. The power to make an accurate prediction about the nature of hard money.

So, If you believe in the future of bitcoin, it’s best to hold as much as possible instead of selling it for gains in monopoly money. What matters in money is purchasing power.

Had fiat money been a superior unit of account and store of value, it would not require laws to enforce its legality, nor would governments worldwide have had to confiscate large quantities of gold and continue to hold them in their central bank reserves.

The fact that central banks continue to hold onto their gold, and even increasing their reserves, testifies to the confidence they have in their own currencies for the long run. – The Bitcoin Standard; Monetary Inflation

1. Don’t trade. Seriously, don’t trade. The *vast* majority of people overestimate their trading abilities and underestimate the risks involved. I knew someone who mined 5000 BTC in 2010 and dwindled his holdings down to < 2000 BTC by day trading on Gox. Don’t be that guy.

Trading is where 90% of people lose their money, never to come back learning about the bullish case for Bitcoin.

And because of that, they miss out on the greatest asymmetric bet of a lifetime.

It is one of the few asymmetric bets that people all over the world can participate in.

I use “asymmetric” here to describe an opportunity where the outcome may be uncertain but the risk/reward ratio is entirely in your favor.

In other words, “Risk a Little to Make a Lot.”

These situations arise when the market places certain odds on an outcome that are different from the real odds. This can be due to cognitive biases or herd instincts and the fear of being out of the consensus… even when the consensus is wrong.

That’s the situation we see with regard to Bitcoin and its impact on monetary independence.

The biggest problem with most investors today because of their high time preference is they believe you need to take “home-run” risks to make “home-run” returns.

You actually don’t need to.

Mathematically, there’s Not Enough Bitcoin To Go Around.

The path to home-run returns is to make “asymmetric” bets – where your downside risk is much smaller than your upside potential.

That is the way you need to think about your investments. Something you can hold for the long term.

Bitcoin gives us a great reward-to-risk ratio considering that its market cap today is only at a tiny fraction at $135 billion compared to gold’s mammoth $8 trillion.

“Holding bitcoin is the exact opposite of speculation.

A trade can be called speculative when the incentives for buying and selling is merely based on market sentiment. You hope to sell the product for profit despite the fact that it did not accrue any intrinsic value for society over the holding period.

Holding of money does not have this downside, rather the opposite is true. By holding money you invest in the economy as a whole. Every time you choose to retain money you decrease the available amount in circulation…

This leads to the increase of purchasing power per unit of that money. The result is that prices fall and all participants in that economy become wealthier.

By holding Bitcoin the price per unit increases.

The more people hold Bitcoin in the long run, the more volatility drops towards a gradual increase in price.

This convergence towards a stable increase in price makes Bitcoin more attractive to new audiences, creating a feedback loop.” — Willem_VdBergh

Having said all of that, if you must trade, try taking this approach.

First, split your portfolio into 2 stacks.

One for HODLing, the other for Trading.

Never ever touch the HODL stack. Unless you overbought and need to convert to fiat to pay the day-to-day bills. Always make sure you have enough fiat to spend for the next 5 to 10 years.

Always spend your unsound currency first. It rots over time.

HODLing bitcoins positively incentivizes saving for your future self.

That way, if trading doesn’t go your way, which 90% of the people do, your HODL stack remains. 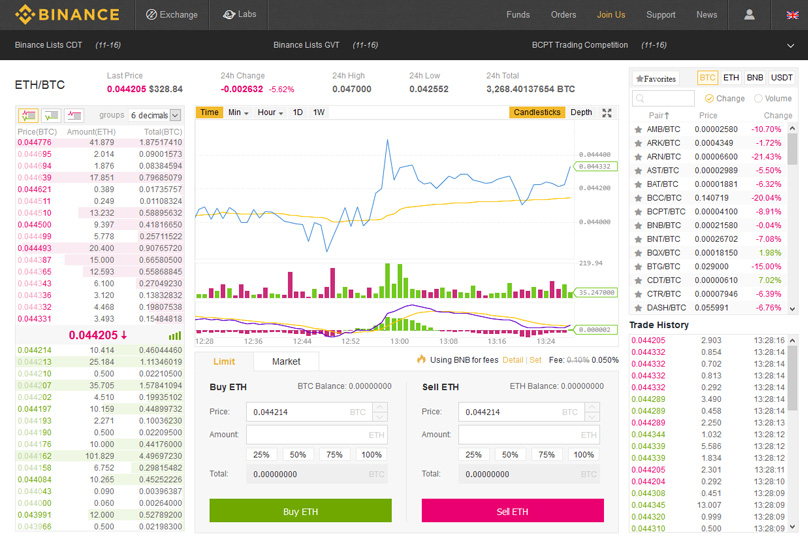 Cryptocurrency exchange with the highest liquidity. Binance is masterminded by CZ, a brilliant high velocity platform developer who designed Binance in such a way that it is capable of handling over 1.4 million transactions per second.

Before you start trading on Binance, you will need to buy Bitcoin. Read my step-by-step guide on how you can do that on Binance itself without leaving the platform.

Even without personal ID selfie verification, you can transact and transfer 2btc/day. This allows almost everyone in the world to trade on the platform without much restriction.

You can learn more about Binance right here:

5 Things to Watch If You Leave Bitcoin on an Exchange

Tags: bitcoin everyone trade where